Now that Direct Action has passed through the Senate it is worth standing back and appraising what we have got in place of the Carbon Tax.

In a situation where the budget is stretched, we are told by our treasurer Joe  (pizza/redtape cutter) Hockey, to crisis point, we have repealed tax that appeared to be working and was raising around $8 billion year and replaced it with a scheme that is going to cost $500 million a year. So the turnaround is costing around $8.5 billion a year.

It appears that Direct action is actually a dud policy. Informed opinion from both the economic and environmental experts indicates that the tax won’t work. It’s probably going to be difficult to find anybody, outside the Abbott Cabinet, who thinks that Direct Action will work.

I suspect that number of people inside the Abbott Cabinet will be having doubts. One person with doubts, probably understandably, is the president of the Australian Conservation Foundation, Geoff Cousins,who has slammed the Abbott government’s Direct Action policy, Direct Action is a Mickey Mouse scheme says former Howard adviser.

The commentary that is coming from the UN’s Intergovernmental Panel on Climate Change (IPCC)  is now using the word “irreversible”. It is now becoming abundantly clear that the Australian goal of reducing emissions by 5% is woefully inadequate. So woefully inadequate, that is probably best not to try at all. The “lip service only” approach of the Abbot government stands in the way of making real progress on this problem. 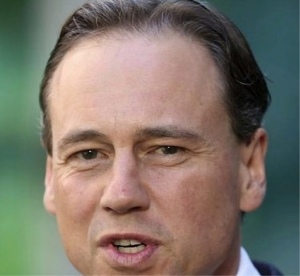 Prof. Lesley Hughes, one of the lead authors of the Intergovernmental Panel on Climate Change appeared on 7.30. She said that 98% of climate change scientists now agreed that climate change was caused by humans and the rate of case was accelerating.

She drew wonderful analogy: “If you went to an airport and 98 aeronautical engineers told through the plane would crash if it took off and to said it was okay two fly, would you put your family on that aeroplane?”

Well, I would certainly put Greg Hunt and Tony Abbott on it.