The Belier Family is about the titular Bélier clan, comprised of an idiosyncratic married couple Rodolphe and Gigi Belier (Francois Damiens and Karin Viard) and their adolescent children, Quentin (Luca Gelberg) and Paula (Louane Emera) who live and work on the family farm in a small village in France. 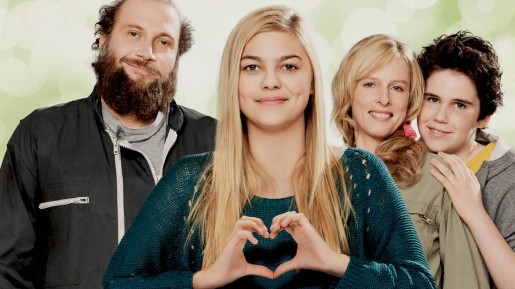 Paula’s mother, father and brother are all deaf, so family communication is through sign language. Paula acts as the interpreter between the family and the outside world. When she receives the opportunity to study at a music academy in Paris, she must decide between her own career and a family she loves and who relies on her.

The story is not new. The discovery of an unlikely and supremely talented youngster, the confidence of a teacher leading to acceptance into a prestigious arts school.  Think Billy Elliot.

The film is based on a touching irony. Paula’s loving mother and father are surprised that she has joined the school choir. Because they are deaf, they have never heard her speak, let alone sing. This irony is used to brilliant effect on the final scene of the film.

In one of the scenes, Paula and choir sing in the end of year concert for the school parents including Gigi and Rodolphe. Paula’s parents can see from the reactions of the other parents that this is something special and they are immensely, if somewhat but bemusedly, pleased. Then the director turns off the sound and the cinema audience can hear what Gigi and Rodolphe can hear: nothing. 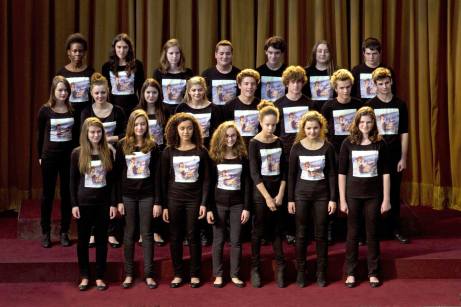 This is no ordinary school choir

Later that night, Paula and Rodolphe sit outside together and he asks her to sing. He places his hand on the throat to feel the vibration of her voice.  She knows that he cannot hear her sing, but that he understands what it is like for her.

One of the other brilliant touches is Éric Elmosnino as the acerbic M. Thomasson, the frustrated music teacher. He is abominably rude to the children in his choir, but they seem to take it in their stride. When you hear them singing in the school concert, you understand why. He has a rare talent for bringing out the best in his singers.

He begins coaching Paula was a view to her auditioning to go to music school in Paris.

Thomasson is a great fan for the songs of French composer and songwriter Michel Sardou. 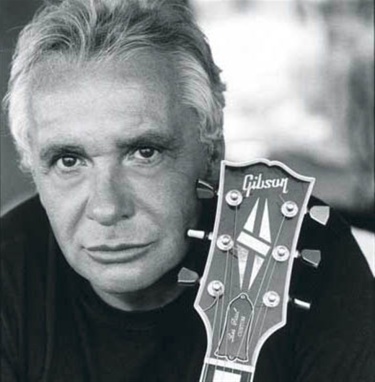 Paula and love interest Gabriel, played by Ilian Bergala, sing one of his songs, Je Vais T’Aimer at the school concert.

As we follow Paula through her development as a singer and through the agonies of teenage love, there is a song that is woven into the story, translated in the subtitles it is called I’m Flying (Je Vole).

Naturally, there is conflict between Paula’s love of her family and her knowledge how much they rely on her and her growing awareness of her talent. Naturally, she decides to stay with a family and not do the audition in Paris.

But she finally decides to take the audition for music school when her family bundles her into the car the night before the addition and drives her to Paris.

Naturally, they get lost in Paris.  (Its Notting Hill where Will and his friends careen across London to Anna Scott’s press conference.) They arrived just in time, naturally, and the family is allowed to sit in the large auditorium.

Paula arrives at the audition without her sheet music. The accompanist doesn’t have the music for Je Vole. Quelle horreur!

Enter M Thomasson who has driven to Paris with Gabriel having learned that Paula has changed her mind without telling him and is now taking the audition.  He accompanies her in her rendition of the song. It starts badly, naturally. But she recovers, naturally, and wows the judges, naturally

This final scene is a masterpiece of feel-goodness. Paula sings Je Vole,  the song a young girl, who is leaving home, sings for her parents.

We know her parents, who are sitting in the auditorium, cannot hear her singing.  But when Paula sees them watching her sing, she begins using sign language to translate the words of the song. It is a brilliant piece of choreography.

The film ends with general happiness: Gabrielle has joined Paula in Paris, Rodolphe has been elected Mayor, M Thomasson has found true love, and Quentin has got together with Mathilde. Naturally.