Pauline Hanson and her climate denying colleagues visited the Great Barrier Reef to show that it wasn’t under threat.

They were taken to parts of the reef that have not yet to be affected by coral bleaching and this demonstrated that the proposition that the roof was at risk was completely preposterous.

Hanson also your affinity of blaming climate change scientists for destroying the business of the man who owned a boat she was diving from because they are spreading lies about the reef that were stopping the tourists coming. 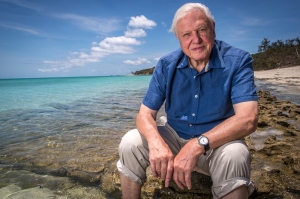 All this allowed the One Nation spokesman and chief fruit loop on climate change to say:

“All I need is the empirical evidence that we are affecting the climate. And there is none.”

At the end of the circus, Hanson gave this succinct summary of One Nation’s position on climate change

“We are being controlled by the UN and agreements that has been done for people smug um.. and self-interest and where they are driving’s economy as a sovereignty and the economics of the whole lot.”