This is an abstract from an article in today’s Age.

Malcolm Turnbull was under no illusions as he made a campaign-style visit to a Canberra business on Monday morning following a terrible Newspoll. (Labor5 5% – Coalition 45%)

First question? “How much worse do the polls have to get before you’re replaced as leader?”

Ordinary folk would call that rude. But remember, it was Turnbull who nominated this very metric of governmental success when challenging Tony Abbott in 2015.

Cutting pensions and family payments while proposing big, unfunded tax cuts for corporates is a task beyond even a unified government. Throw in Turnbull’s transformation to attack dog against renewable energy, and the penalty rates cuts which the government backs, and it’s not hard to see where the problems really are.

A harsher truth is that Turnbull survived the 2016 election through a combination of luck and Abbott’s fat 2013 margin.

Tony Abbott would be better off being quiet and that Malcolm Turnbull face the music.

Go for a swim, have a cold shower, a Bex. a lie down, just keep quiet.

Middle-named after her paternal great-grandmother and her maternal grandmother.

And you have become a cousin again.

You are not quite sure it’s a good idea,

Despite assurances of an extra birthday cake.

Nana and Papa resources can get a bit stretched amongst cousins

And you don’t seem to think

Your bed at 170 is big enough for sharing (not your strong point at the best of times).

All you animal friends have clearly designated and assigned roles. 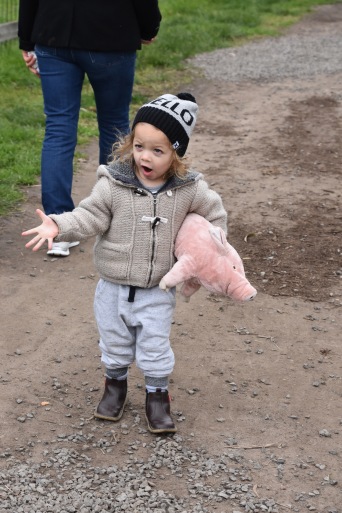 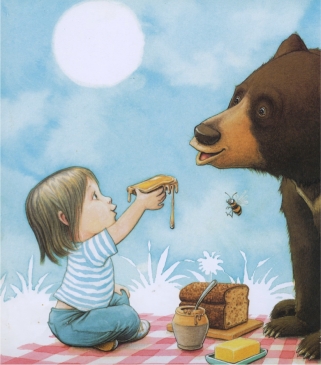 So not much wriggle room there either. 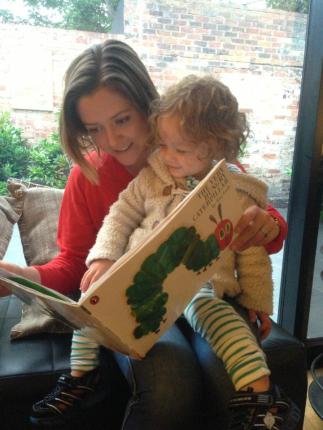 And, of course, Matilda has been born the Perfect Princess

At once Prospero’s Miranda, Mr Bennett’s Lizzie and Benedick’s Beatrice.

And she has already been ushered into the world

With the adoration that only grandmothers can bestow

On the first granddaughter in five grandchildren.

I have images of you that would have made Caravaggio weep.

When you run across the park,

Small flights of unruly angels jostle you at every step.

And there is an infinitesimally small, but perceptible, pause

In the tick-tock of Newton’s universe

George Christensen says the only way for the Coalition to stem the flow of voters to the Pauline Hanson-led party federally was to “shake it up ourselves” and “start delving into the too-hard basket That meant acting on job creation, building economy-boosting infrastructure and standing up for “national values”, he said

Forget all that bullshit

George will be looking after No 1.

Mr Christensen’s electorate covers an area which is becoming known as One Nation heartland – central and northern Queensland. The party remains on track to take more state seats in the upcoming election than the 11 it won at the height of its popularity in the late 1990s.  And it’s getting stronger. 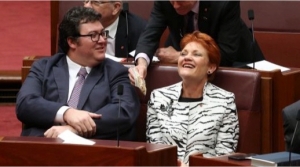 So George is doing what is commonly known as “sucking up.”

What George suspects (and Pauline Hanson almost certainly knows) is that he has a better chance of retaining his seat as a One Nation candidate than he has as a member of the Nationals. When he is certain, he will jump ship.

You can expect his resignation letter to land with a big fat thump on Barnaby Joyce’s desk.

There will be a whole lot of righteous indignation about the Coalition’s lack of direction, saving the country, Malcolm’s lack of leadership etc. Smokescreens and mirrors.

The truth of the matter will that George will have read the chicken’s entrails and they will say he has a better chance as a  One Nation candidate.

He will spend a period of mourning on the cross bench before succumbing to Pauline’s charms. But succumb he will and before the next Federal election

Victoria’s speaker and deputy speaker have sensationally quit on the eve of a forensic audit into whether they abused their parliamentary entitlements, plunging the Andrews Government into a fresh crisis.

Speaker Telmo Languiller, had claimed almost $40,000 on a “second residence” allowance to live in Queenscliff while representing a western suburbs electorate, Labor’s deputy speaker Don Nardella – who had claimed more than $100,000 using the same taxpayer-funded allowance. 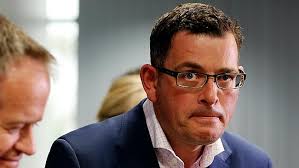 Everything except responsible. These are two of the most senior members of his government involved in the most egregious rorting.

And he didn’t know anything about it.

Or he did know about it and chose not to do anything.

Now he is getting very indignant.

It is not a good look during a week in which the most lowly paid workers are getting their overtime rates slashed and we find that our democratically elected representatives are claiming allowances on top of their $280,000 salaries that are probably in excess of the total take-home pay of the people who serve them coffee when they sojournAll
to the salubrious environs of Queenscliff. 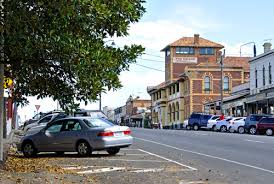 Not only are they claiming close to $40,000 a year because what appears to be their second homes  (read holiday houses) are long way from their workplace (Parliament), they are also entitled to taxpayer-funded, chauffeur-driven limousines to get them to and from work from wherever they may lay their weary heads overnight.

This is a shot of Don Nardella having a kip before being driven home.

The White House barred several news organizations from an off-camera press briefing on Friday, including the Guardian, the New York Times, Politico, CNN, BuzzFeed, the BBC, the Daily Mail and others.

So what should the US and Global media do?

Start holding Trump Free Days/Weeks when media outlets, both print and television, refuse to mention anything about the President.

A news broadcast would begin with, “This news bulletin is Trump Free. There will be no mention of President Trump for the next 30 minutes.”

Newspapers would carry a banner  “This edition is Trump Free”

Areas in cities could be designated “Trump free zones” where mention of the President would be severely frowned upon.

There a lot of things that make Donald Trump angry. Not being reported in the media, having people ignore him, not being talked about, would turn him apoplectic. 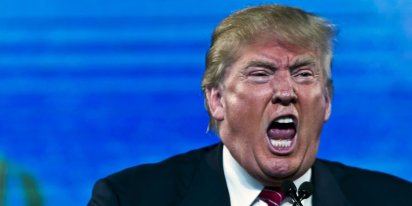 ” No one is talking about me. Fake media. NOT FAIR”

This boycott would not mean that national and international politics would not be covered, it was simply mean that Donald Trump would not be mentioned. It would be as if the world went on without him.

Try not to be too silly. 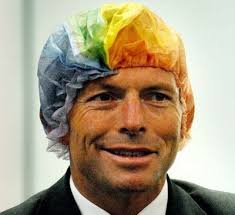 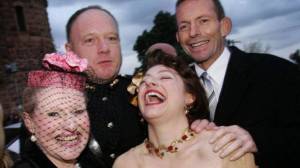 In fact, under Abbott, the Coalition had been trailing so badly in the polls that it was headed for near certain annihilation. After a leadership change to Malcolm Turnbull, there was a brief honeymoon and Turnbull managed to pull the party back from the brink of an Abbott-led disaster.

Malcolm Turnbull must be a man of infinite patience. 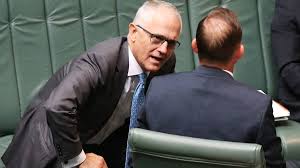 He puts up with a lot of shit from Tony Abbott. And Abbott seems to think that running around going off like a packet of crackers is helping his cause and the cause of the Coalition.

His latest effort reported in The Age Tony Abbott has laid out a five-point plan for the Coalition to have a chance at the “winnable” next election contains some real gems.

One of them is cutting back on migration to reduce the price of houses.

Now he probably thinks this a great vote winner. Because it mentions two things in one sentence. Migration and housing affordability.

The problem is that the two are not necessarily linked in any way. Housing affordability is a very complex question and won’t be addressed by simply stopping migration.

Anyone who thinks about the problem realises this and the possibility is that most young people who are struggling to buy a house are not going to be sucked in by the simplistic argument.

He also wants to abolish Human Rights Commission and “stop official bullying”and stop all federal spending “to end ripping off our grandkids”.

If Abbott is not careful he will be seen as a slightly unhinged populist, saying anything to gain attention.

Abbott has a few problems being on the back bench. Apart from the damage that has been done to his overinflated ego, no one really wants to talk to him any more. 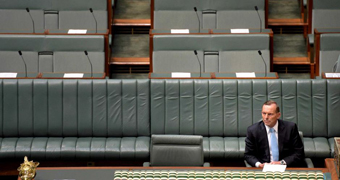 And he doesn’t have the resources he had as Prime Minister when he had a lot of people to stop him saying and doing stupid things. People like Peta Credlin. Boy, he must miss Peta. 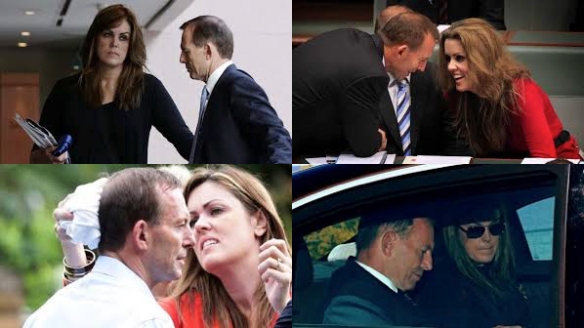 One of the gems from his speech in Sydney to launch his new book was “”our politics can’t be just a contest of toxic egos or someone’s vanity project”.

How deluded can this man be?

Update: An uncivil war has broken out in the federal parliamentary Liberal Party, within the government of Australia

On the ABC’s 7.30, climate scientists in Antarctica predicted a 50 cm rise in sea levels by the end of the century. There were pictures of the melting ice. They are spectacular, but we have seen them all before.

Now 50 cm doesn’t sound like much. It’s about the height of the desk I am sitting at now. So try to think of what that means in terms of the local beach. It simply means that the tide comes in a bit more.

But surely that can’t be right, that doesn’t sound all that serious.

I remember Asian students in my systems classes at Monash regularly defining the most serious problem that they would face being changing sea levels. Not economic, social or political problems but changes in sea levels. Those will come later.

Children play in the remains of an abandoned building in a flooded district in the northern port area of Jakarta. Almost 40% of Jakarta lies below sea-level

This was across-the-board, not limited to one specific national group. And I’m talking nearly 15 years ago.

These were young 20 year old students and they were very worried. They said the problem was at its worst when the tide came in which meant every day.

And this is why is a 50 cm rise so disastrous.

So it helps to think in terms of a baby’s bath tub that is three quarters full and you put some more water in.

Let us assume that this diagram illustrates a 50 cm rise in sea levels.

Give the bath tub a little rock to create a wave. This wave is similar to the gravitational effect of the moon, creating tides.

What the 7.30 program did not tell us, and I certainly don’t know, is how big the wave will be.

You can do a little experiment with a tray of water. Try carrying it across the room. The waves get pretty big.

So I suspect that the problem is that much of the low-lying areas of the globe will be eventually be subjected to tsunamis every time the tide comes in.

“This is coal it won’t hurt you” 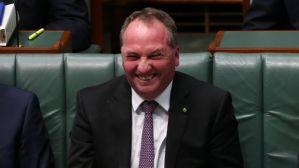 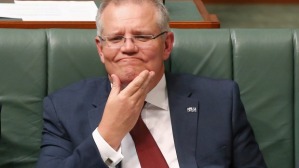 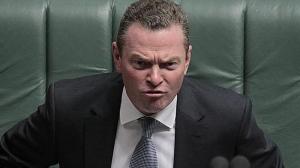 Christopher Pyne “Why not build submarines in Adelaide?”