To begin with  you have a cast made up of funny men.

Michael Palin is always going to do something funny given the opportunity. 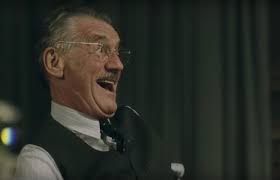 And it doesn’t take much to push the bizarre situation of Stalin’s death to the point of black comedy which is what director Armando Iannucci constantly does.

With Stalin lying apparently dead on the floor, the all-powerful Central Committee is paralysed by fear.

Not wishing to appear disloyal by declaring him dead but fervently wishing that he is, they decide to call a doctor, only to find that they have banished all the competent doctors to Siberia.

The solution to the problem is a remarkable piece of black comedy and typical of the way that the film works. It stretches each situation to its logical conclusion to great comedic effect.

Once Stalin has been declared dead and the terminally incompetent Georgy Malenkov played by Jeffrey Tambor is appointed in his place, Nikita Khrushchev (Steve Buscemi)

is put in charge of the funeral arrangements. He is twice a politician of anybody else on the Central Committee. 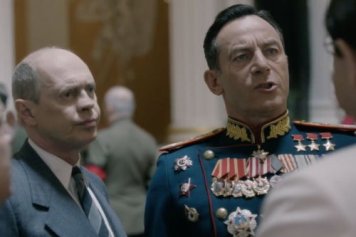 With the aid of General Zuhov (played with ferocious energy by Jason Isaacs)  uses the funeral to out manoeuvre Georgia Beria  the head of the KGB and position himself to take over as General Secretary.

The comedy in this film arises from the deadly intent behind the simplest situations.

A heated exchange between members of the Central Committee about whom Beria may have been referring to when he rushes out of the room clutching an arm full of  files shouting and no one in particular,  “I have information on all of you.” suddenly assumes deadly seriousness in the minds of the members depending on where they may have been standing.  They begin rushing around the room indicating that Beria was not referring to them but to other members of the committee. It is the essence of black comedy.

The irony of the situation is that all of them are involved in a well-organised and well advanced and ultimately successful plot to remove Beria.

Suspicion of  abounds. No one trusts anyone.

Like Prime Minister Malcolm Turnbull and most of his colleagues on the Treasury benches, Morrison voted in Parliament 23 times between April 2016 and June last year to block a royal commission into the banks. (The AGE)

An amazing demonstration of his complete inability to understand the  sordid realities of the financial advice sector. A terrible shortcoming for Treasurer. He should fall on his sword.

There will of course be innumerable quotations that will come back to haunt him about why we didn’t need a Royal Commission. Morrison could not possibly have known how quite badly things were going to turn out but he should have had some idea. And now it looks as if he’s been covering up for some pretty dodgy behaviour on the part of our major financial institutions.

And he is looking incredibly stupid, and that’s not a very good look for a Treasurer.

The amazing thing is, he is still trying to blame Bill Shorten. Bill of course  will be making a lot of political mileage out of this.

The difficulty here is that he is now suggesting the banks should be facing exceptionally large fines. This is not a particularly smart idea because it punishes the shareholders who are, by and large, the superannuation funds to represent the vast bulk of  ordinary Australians.

The people who should be punished are the financial advisors and executives who were designing the remuneration packages that led to the appalling behaviour that ruined the lives of many of the clients of the major banks.

Marianne Perkovic, the head of the CBA’s private bank did not impress Royal commissioner Hayne with her answers

These  scumbags should be named and shamed publicly. Their photographs and their names should be displayed on the Internet and they should be made to face the Royal Commission to explain their behaviours.

. And then if necessary they should be faced with criminal charges.

But imposing fines on the banks because one  section of the banks’ activities, and very small section at that, was rotten to the core, is no justification for imposing fines totalling hundreds of millions of dollars  on the entire sector. This will lead to a crisis of confidence in the banks that will be detrimental to the economic health of our banking system.

The best thing for Scott Morrison to do is to say, “I got this one really badly wrong. This is the ultimate demonstration of my own competence as a treasurer.  This happened on my  watch. Please accept my apologies and my resignation.”

Today, we commemorated  to Dr Martin Luther King, assassinated at the age of 39, Dr r King will stand with Nelson Mandela and Mahatma Gandhi as 20th century giants who stood for the emancipation of the oppressed.

On this very day, the President of the United States,  aka “the pussy grabber” was deploying troops to prevent “the big caravan of People from Honduras” from crossing into the United States suggesting Central American hordes were converging upon the United States to take advantage of the Deferred Action for Childhood Arrivals program, or DACA.

Ghost: O Hamlet, what a falling-off was there!

It’s the usual suspects. Political has-beens with nothing to lose and a common cause, hatred of Malcolm Turnbull.

It’s a well-worn issue: Coal and electricity costs.  But always good for a couple of headlines. 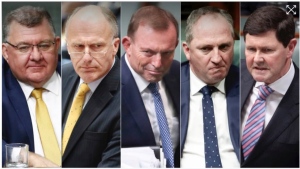 This time they been able to stir up a bit of controversy by using Sir John Monash’s name for their “Forum” sparking indignation not only from the family but also nationally.

They have been pilloried as dinosaurs but that’s nothing new. They’ve captured the headlines again and they’ve embarrassed the PM who was about to open a centre on the Western Front honouring the great General.

The dinosaurs have effectively pissed on his picnic. 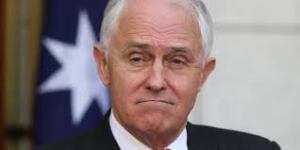 If the aim is to destabilise Turnbull’s leadership, you wonder who the alternative would be as you look at the photo. None of them would be acceptable to the Australian public. So what would long-term strategy be?  There probably isn’t one, just unthinking hatred of Turnbull.

Or are they seriously thinking of a challenge when Turnbull loses that 30th Newspoll?

Is Tony Abbott going to have another run at the leadership?

Bill Shorten must love it.

Stephen M. Walt is the Robert and Renée Belfer Professor of International elations at Harvard University 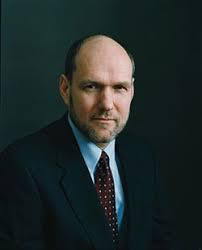 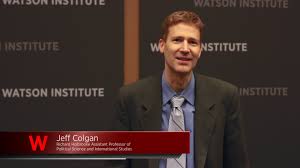 You can read the full article at

10 Ways to Tell if Your President Is a Dictator

1. Systematic efforts to intimidate the media.

7. Enforcing the law for only one side.

Matthew Guy was unrepentant about  breaking the long-standing convention on pairs to sink the CFA legislation on Good Friday.

“The end is justified the means.” said the opposition leaderin a very poorly  chosen quote.

If the response in The Age was any indication, Guy has made a bad mistake. The convention of pairing parliamentarians is a long-standing one. It’s only a convention but it’s one that rests on parliamentary trust and Guy’s tactics and his justification for them was a blatant betrayal of trust.

Labor’s outrage was fairly confected but it will make the most of the political mileage that it can. And the public does not seem to view Guy in a very favourable light.

The Docklands zoning scandal reflected very badly on his time as Planning Minister and his links with dodgy criminal figures cast a very bad light on his relationships with fairly some dubious characters. His political judgement in this particular incident has not been good.

But the stupid thing about this little debacle has meant that Guy lost the initiative on the so-called “Red Shirts” affair which had the potential  to show the government in a very bad light.  Liberal party strategists must be fuming.

Andrews must be breathing a sigh of relief.