Reason Party MP Fiona Patten has lodged a complaint with the Victorian Electoral Commission against Mr Druery, who also works as a staffer to Justice Party founder Senator Derryn Hinch.” 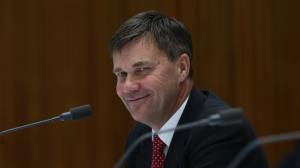 Druery handles all of Hinch’s presence deals as part of his tax-payer-funded role as one of Hinch’s staffers. This includes meeting with all the minor parties to garner preference swap deals. He charges $20,000 everone for the service and a $50,000 success fee.

But Hinch must reveal whether he pays Druery his normal professional fee on top of his salary or whether it is part of Druery’s job.

If it’s part of his job, then he’s using his role in Hinch’s office and presumably the resources of that office, to further his business and pecuniaryinterests.

If Hinch is paying him extra, then where is the money coming from?

Asleep at the wheel again?

But the role of the “preference whisperer”, while not illegal, does irreparable damage to the democratic process. Minor parties swap preferences purely on the basis of getting elected.

The preference voting system is designed to give voters a second or third choice if their candidate is not elected. Voters have a reasonable right to expect that the “how to vote” cards that are handed out indicate parties whose political views and policies are close to those of their preferred candidate.

This is highly unlikely to happen under the  “preference whisperer”.

And because the preference deals are not made public, many people may wind up having their preferences used to elect someone they would not have voted for.