Immediately after the overwhelming vote in favour of same-sex marriage, the forces of the Conservative Christian lobby began marshalling their forces again. Then Prime Minister Malcolm  Turnbull agreed to set up a  review of religious freedom in Australia because the  Christian  lobby was afraid that same-sex marriage would affect religious freedoms, in particular the right of Christian schools to discriminate against LGBTI teachers and students.

Malcolm Turnbull was effectively bullied into setting up the review by the  Christian Conservatives on the right of his party.

The review  headed by former Attorney General Philip Ruddock and which included Australian Human Rights Commission, Rosalind Croucher, Annabelle Bennett, a former Judge of the Federal Court of Australia. Father Frank Brennan, Jesuit priest, human rights lawyer and academic and academic Nicholas Aroney, Professor of Constitutional Law at The University of Queensland who has argued that recognising religious freedom should include acceptance of a limited form of sharia law, met in secret.

Philip Ruddock says the religious freedom review is holding ‘informal dialogues’ that it has elected not to record or reproduce. Photograph: Mick Tsikas/AAP

The review has reported back but its findings are being kept secret by the Morrison government.

Some of it has been leaked including a recommendation that

The Commonwealth should amend the Sex Discrimination Act to provide that religious schools may discriminate in relation to students on the basis of sexual orientation, gender identity or relationship status.

There are some minor provisos but they are basically immaterial to the issue that this is a massive assault on the rights of the LGBTI community. Worse still, it aims at schoolchildren.

The Age reports: “Prime Minister Scott Morrison has backed the right of religious schools to discriminate against gay students in a political row over a confidential government report into religious freedom.”

How has our government been captured by the religious right  who appear to be to be completely out of step with the concerns have ordinary Australians?

With a vote on same-sex marriage, Australians formally for a more tolerant society. The Morrison government and its fellow travellers seem hellbent on these hard won freedoms.

The Age reports: In a major pitch to Victorian families, the Andrews government has promised it will spend $5 billion subsidising kindergarten for every three-year-old if it is re-elected.

The announcement was made on the same day federal Labor pledged a separate $1.75 billion funding boost to also extend subsidised kindergarten to three-year-olds.

It will be an electorally popular move by both Andrews and Shorten. 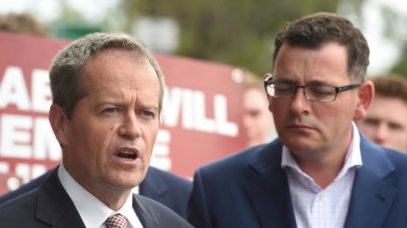 Australia has extremely low participation rates for three year-old kindergarten: 15% compared with 90% in New Zealand and 80% in the UK.  So this will bring affordable childcare to a large number of families. It will also free up many of the caregivers to participate in the labour market.

It will also increase job opportunities in the preschool  sector.

Politically and economically, Andrews and Shorten are on a winner.

But there is a caveat.

It’s always concern with lavish funding for one part of the system without balancing with similar levels of funding in other parts of the system. Think Pink Batts and shortage qualified installers that led to egregious rorting of the system by unscrupulous operators.

There is a similar problem with the current proposal.

It is described by the Systems Archetype Limits to Growth.  Put very simply, this archetype describes how efforts to produce growth of some kind (i.e. funding for parents to send the children to kindergarten) produces a performance ( growth in demand for places).

What happens is that for a period of time, things get better. In this case during the initial stages of funding where the system may be able to absorb the increased demand. But after three years, when all three-year-olds in Australia will be eligible for kindergarten, the current infrastructure will no longer be able to cope and the performance of the system will fall off.

This is likely to take the form of  many parents of three year-olds not being able to find a kindergarten place for the children.

Many parents, particularly those in inner-city areas,  will know the difficulty in finding a place for a four-year-old.

It is anticipated that this policy will increase demand for kindergarten places by 80%.

Any more room? A kindergarten in Greater Shepparton City

That means a massive increase in the number of available kindergartens unless there is significant capacity in the existing infrastructure.

In my suburb of Richmond in Victoria, there is not a lot of spare real estate to build kindergartens and a block of land that would accommodate a kindergarten could cost upwards of $2 million.  We can expect a similar problem to exist in other inner city suburbs in Australia as major cities.

Daniel Andrews has promised  that by 2022 “every single three-year-old across Victoria will have access to at least five hours of kinder each week,”

That gives him four years to complete the required infrastructure.

He and Bill Shorten will need to get their shovels out.

Last Monday, my four-year-old grandson’s arm was caught in the closing door of a Metro Rail carriage.

My wife, who was pushing our 18  month-old granddaughter in the pusher, had already got off the train.

The door began closing as we were both getting off the train. I managed to pull him clear when his arm became caught in the door and before the train departed but it was a deeply unsettling experience and my grandson was extremely distressed.

I have emailed Metro describing the incident and on Tuesday they checked with me about the time and location of the incident. They said they would check the CCTV.

Since then, silence. If Metro is  concerned about this incident, they certainly haven’t communicated that to us. 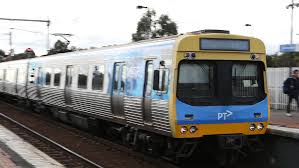 If anyone else’s had a similar experience on a Metro train, could you please leave some brief details in the Comments section.

I’m going to follow this up with our local member, Richard Wynne and ask him to raise the matter with the Minister for Transport and any feedback from readers will be a help.