Sometimes, it feels as the world is going backwards.

The Washinton Post reports: This man is about to launch himself in his home-made (steam driven) rocket to prove the Earth is flat.

Mike Hughes promised the flat-Earth community that he would expose the conspiracy with his steam-powered rocket, which will launch from a heavily modified mobile home — though he acknowledged that he still had much to learn about rocket science. 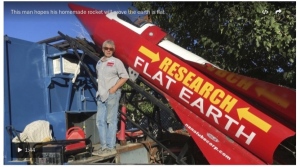 The Washinton Post reports: Kyrie Irving has been in the news a bunch lately, what with his alleged desire to leave the Cleveland Cavaliers via trade. But his opinions also are making waves in an entirely different arena: middle-school classrooms.

NPR’s Avi Wolfman-Arent wrote a story this week about how teachers are battling the onslaught of fake news that is reaching their students and uses the example of middle-school teacher Nick Gurol, who says his students think the Earth is flat because Irving said so on a podcast.

And immediately I start to panic. How have I failed these kids so badly they think the Earth is flat just because a basketball player says it?” He says he tried reasoning with the students and showed them a video. Nothing worked.

“They think that I’m part of this larger conspiracy of being a round-Earther. That’s definitely hard for me because it feels like science isn’t real to them.”

Watching Prof Brian Cox and the ABC’s program Stargazing and in particular the two young superstar scientists presented by Dr Karl Kruszelnicki made me think again why science is so important, particularly for young children.

Children start off being naturally very curious. My grandson is no exception. 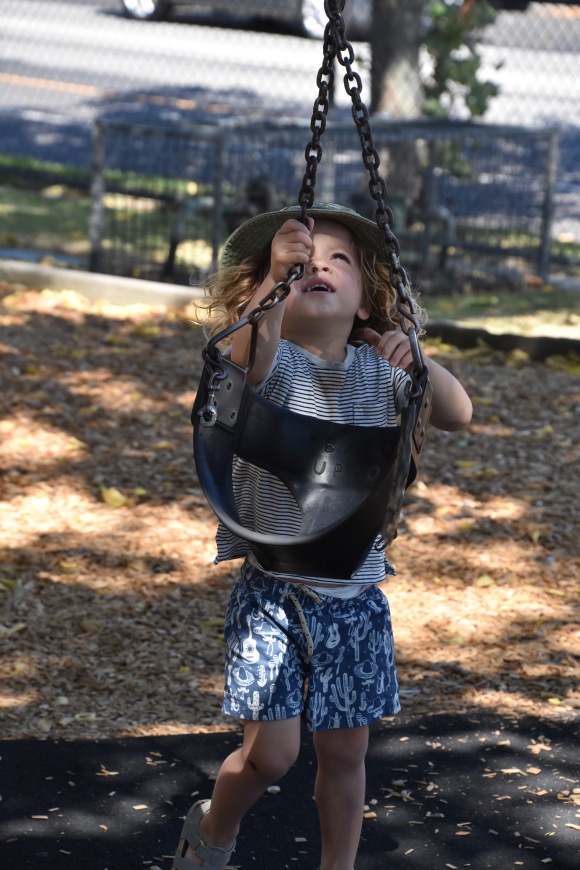 He takes a constant delight in the world around him. And while this is wonderful to watch, we need to be aware that, as parents and grandparents, it’s only the starting point.

What must follow is more important, more difficult and more time-consuming.

“Watch what happens when you wind the swing up.”

“Watch what happens when you wind the rubber band up, remember the swing, they’re both the same.”

“Watch what happens if you live the string of the balloon go.”

I’m sure you get the point.

It’s about data collection. Do enough and you can start drawing some hypotheses,  some ideas about how the world works.

You can also do some: If you do this, then this will happen. Cause-and-effect stuff.  Establishing that there are interconnections that work in the real world: An important idea that many people do not grasp.

Why this so important?

Because it’s the way the world works. If you want our kids to understand it, then there is a certain way they have to think about it.

They will also be forever at the mercy of demagogues, charlatans, con merchants, hucksters, and the various  forms of rat-baggery that infect and influence the body politic. 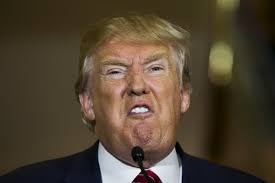 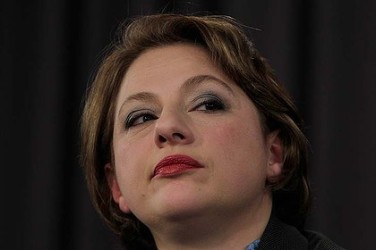 Geoff Shaw: nuisance value only but then that’s becoming a PUP hallmark

This week Donald Trump launched 59 Tomahawk missiles into Syria and Prof Brian Cox and his colleagues notably, Professor Chris Lintott, a professor of Astrophysics at Oxford, led a team of citizen scientists that discovered four new planets orbiting a yellow “parent” star in the constellation of Aquarius and is 600-light years away.

The discovery was made using data from NASA’s Kepler space telescope; help came from scientists from the University of California Santa Cruz, Caltech, a Californian space thinktank, and Zooniverse, an online citizen-science project.

One of the amateur astronomers/citizen scientists who was responsible for the discovery was Andrew Grey, a mechanic from Darwin.

“The first night I jumped on I believe it was about until 12:30. I catalogued 1,000 on the first night, so I punched a few out,” he told Stargazing Live after the announcement of the find

The discovery was presented on the ABC’s Stargazing Live which Cox presented with local celebrity Julia Zemiro.

So why is this program so important?

It is important because the program is saying to ordinary people, citizens, people who vote, “This is  science and this is how you do it.”

The other great thing about the program was that local scientist and TV star Dr Karl Kruszelnicki presented two young science superstars of the future: a teenage boy and 10-year-old girl.

Unfortunately, they have left no cyberspace footprint.

But it is good to know there are young people in training who will make the future secure from idiots like Martin Roberts.