The Guardian reports: Queensland police are investigating an incident in which a South Sudanese-Australian family say they were followed home, racially abused, and threatened on Thursday afternoon.

A man who allegedly followed a South Sudanese Australian family home in Brisbane before yelling at them and scuffling with one of them. Photograph: Facebook

These parents had picked up their children from daycare.  How long will it be before Peter Dutton makes a public statement about their safety on the streets? 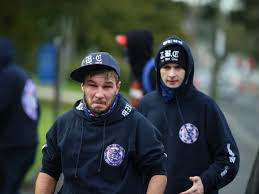 True Blue Crew member Michael Jones.  a labourer, revelled in the altercations with police and the Antifa, (a rival Left wing group) saying on social media (that) the best part of Saturday’s demonstration was fighting at the tree. “They were a bunch of soft c**** anyway not one of our blokes are injured from being hit haha, Just pepper spray hahahah.”

We are likely to see these in the very near future in Melbourne.

This is because groups like the True Blue Crew, Odin’s Warriors and United Patriots Front feel justified in the stance that they take because national leaders like Peter Dutton and Malcolm Turnbull exaggerate the seriousness of the problem of Sudanese youth crime statistics.

When it comes to crime statistics it is worth noting some recent convictions.

The Age reports that: United Patriots Front members Blair Cottrell, 27, Christopher Shortis, 46, and Neil Erikson, 32, were all found guilty by a magistrate of inciting contempt, revulsion or ridicule of Muslims. 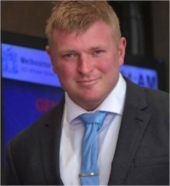 Cottrell has previously spent time in prison, so it’s important to remember that at least one of these high-minded patriots is also a convicted criminal.

But the worst aspect of the sorry downward spiral we are now caught up in is that events are now being driven by the very worst elements in our society, people like Blair Cottrell and Michael Jones and the others wearing balaclavas and draped in Australian flags brawling and fighting in our streets under the pretence of making them safer.

And all because Peter Dutton couldn’t keep his mouth shut. 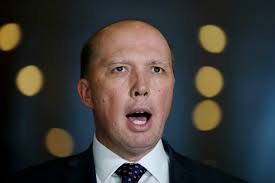 Over the Christmas and New Year break, both Prime Minister Malcolm Turnbull and Minister of Health Greg Hunt have weighed into the debate on Sudanese crime gangs in Victoria as a result of publication that Sudanese youth is “disproportionately represented” in the crime statistics. 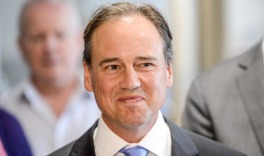 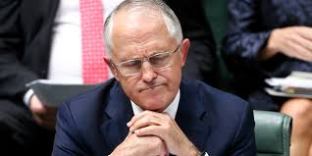 Malcolm Turnbull goes so far as to blame Daniel Andrews for the problem.  He should know better. Statements like this only make him look stupid.

In statistical terms, these figures mean the numbers of Sudanese  youth in the crime stats are  “significant”, namely, not occurring as a result normal variation.  Whether they represent a problem is quite different issue. 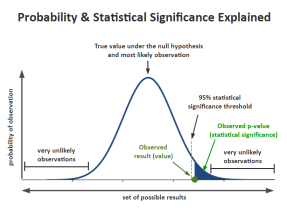 Part of the problem is  that both Hunt and Turnbull are lawyers. There don’t appear to be any statisticians in the Federal Parliament and probably none on their respective staffs so there’s no one to advise them on what the figures really mean.

There is an important question to be asked before someone like the Prime Minister starts getting involved in this type of issue.

Is this a big problem?

The answer is probably: Not really.

And is it a problem that Malcolm Turnbull can do something about?

The problem of “Sudanese youth crime  gangs” is an immediate problem for the Victorian police when violence erupts in a crowded shopping centre. When this happens, intermediate and effective action is required.  The Victorian public needs to be reassured that the police have this kind of situation under control and also that the perpetrators of being dealt with effectively.

However, in the long term this is probably a minor problem compared with that of well-organised, generational and endemic Middle Eastern crime gangs.

There have been a couple of well reported instances of Sudanese youths  terrorising local neighbourhoods and it is important that these are not glossed over. But it should also not be blown up out of proportion and whole communities demonised, particularly  when these are Islamic communities.

Malcolm Turnbull’s minders need to get him under control. He is saying silly things about the republic and now about the Sudanese gangs. He is getting fined for not wearing his lifejacket. Take his mobile phone away. Get some grown-ups to look after him, for heaven’s sake, is everyone on holiday. 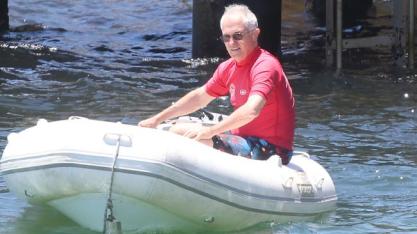 Does Melbourne have a problem with youth crime gangs?

The article referred to an incident where a tape recording of Ted Ballieu criticising his party was copied, allegedly by senior officials Labour Party and then distributed to members of the Liberal party, allegedly by a right-wing faction within that party. 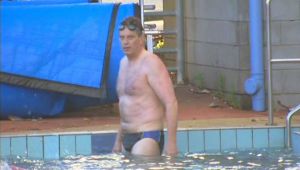 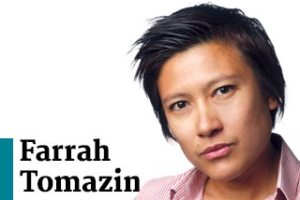 On the tape, Tomazin is heard saying to Ballieu, “In fact we didn’t even have this conversation.” It’s an interesting side issue that with all the demands from The Age for transparency and openness on the part of the ALP and Daniel Andrews, we have very little explanation of the role that The Age played in this stormy little teacup.

And it was pretty trivial stuff until it was made more important by denials of involvement from Daniel Andrews and veiled threats of impropriety from The Age. Clearly someone is telling porkies. And the Victorian public has a right to think that it is not the Man Who Would Be Premier.

But let’s take a deep breath and look at what is happening. Firstly it is worth keeping in mind what The Age published:

Under section 11 of Victoria’s Surveillance Devices Act it is a crime carrying a maximum two-year jail term to knowingly distribute a recording of a private conversation between other parties without their consent, unless it is in the public interest. It is also regarded as theft not to return property to its rightful owner.

So there are two issues here. The first is: Did someone from the ALP obtain a copy of the recording? This seems pretty likely and constitutes an act of theft and the course of action for Daniel Andrews is quite clear: let the police find out if a crime has been committed, who committed it and then prosecute them.

The second issue is: Who was responsible for copying and distributing the tape? Again, if the story published in The Age is accurate, it would seem that members of both the Labour and Liberal parties took part in this activity. If they did, this is also a criminal offence and the course of action for the leaders of both parties is quite clear: let the police find out if a crime is committed, who committed it and prosecute them.:

It’s disappointing that The Age has opted for ignoring the involvement of the Liberal party choosing instead to focus focusing entirely on the alleged involvement of members of Andrews’ staff. 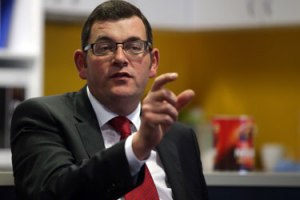 The Age is probably drawing a long bow when it suggests that this will destroy the ALP’s chances at the next election but it does reinforce the impression (long held in some quarters) that Daniel Andrews is an electoral liability.

I would have imagined that many people  would have been deeply dismayed at the fact that Geoff Shaw will not be tried for  the offences he is alleged to have committed.

The response and the media to the dropping of the 24 charges against Shaw has been greeted by a deafening apathetic silence.

Is the public becoming desensitised to the outrageous  antics of politicians who rort their expenses?  We have had the unedifying spectacle of the Prime Minister, the Federal Treasurer, the Foreign Secretary, and the Federal Attorney General making fraudulent claims on the travel expenses and escaping without censure.